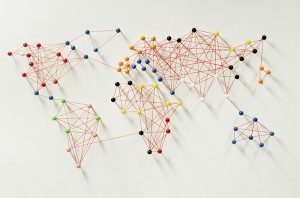 It’s no coincidence that the House Manufacturing Caucus is one of the largest, most bipartisan groups in Congress. With nearly 100 members, representing districts both rural and urban, the caucus has as its mission helping U.S. manufacturers compete fairly with foreign competitors. Congressional action could further advance important trade deals that would grow U.S. exports and create both jobs and wealth for American workers.

Needless to say, it’s disappointing that Connecticut’s two senators, Richard Blumenthal and Chris Murphy, voted against a measure that would give the Obama administration greater latitude in negotiating trade pacts with other countries. Ultimately, the bill passed in the Senate with bipartisan support. Now, as debate on TPA moves to the House, we, a small Connecticut manufacturer and employer, urge our representatives to follow the lead of Rep. Jim Himes (D-CT), who in early June announced his support for trade-promotion authority.

Trade sustains and supports more than 40 million U.S. jobs. Today, about 95 percent of the world’s population lives outside the United States, and more than 80 percent of the world’s purchasing power resides with consumers abroad – those living beyond our borders. To truly compete and thrive in the 21st century, American business and workers have to succeed in the global marketplace.

The expansion of the global supply chain and growth of the digital economy mean small- and medium-sized businesses in the U.S. now have an opportunity to reach a global audience – provided we have fair and open trade agreements. We need new trade agreements in place that give U.S. companies unfettered access to the global marketplace.

At Salamander Designs, we are continually looking for new opportunities to expand the scope of our business. New technologies are enabling us to reach out to an expansive pool of potential customers and create new partnerships across the globe. We see international growth as a key component of our manufacturing and sales-growth strategy moving forward.

Rep. Pat Tiberi (R-OH), a member of the House Ways and Means Committee, notes that every $1 billion in exports creates more than 50,000 jobs. Be it on farms or in factories, with products ranging from food and pharmaceuticals to sporting goods and consumer electronics, trade not only creates jobs, but also supports higher wages and drives economic growth.

If we have easier access to new markets, we will be able to expand our business faster, and as a leading AV furniture brand in the U.S., this means that additional U.S. jobs will be created in our Connecticut factory to support more rapid expansion. It also means new opportunities, including jobs, for our network of partner businesses in the U.S.

Underscoring the importance of accessing foreign markets, Commerce Secretary Penny Pritzker recently noted that U.S. exports to free-market partner countries rose more than 4 percent in 2013 to $765 billion, and U.S. exports to more than 200 countries around the world were valued at $2.3 trillion. But as impressive as those numbers are, U.S. exports could grow even more if Congress can overcome the obstructionists and reauthorize trade-promotion authority (TPA) legislation.

TPA, also known as fast-track negotiating authority, gives the president the power to negotiate international agreements that Congress can vote up or down, but cannot amend. Congress allowed the last such grant of TPA to lapse in 2007 as a result of partisan politics. Since then, more than 100 trade deals have been put into force worldwide. The Obama administration has been seeking TPA’s congressional reauthorization since 2012; for the U.S. to remain a global leader, the time has come for Congress to pass this bipartisan trade effort.

Moreover, the TPA package includes modernized language that reflects the realities of the digital economy and Internet. By clarifying the intention that trade should foster balanced copyright, future trade agreements will now also help ensure a robust growth of the Internet.

We implore Congress, and especially our representatives from Connecticut, to do everything possible to enable and spur more international trade opportunities. Businesses like ours play a major role in our country’s economic engine. While we are relatively modest in size at the moment, we aim to grow much larger; and we can accomplish this through trade. We strive each day to make the American dream of success through hard work a bigger and more impactful reality for our employees, future employees, their families, and business partners – both here and abroad.

A vote on the TPA bill vote is happening tomorrow in the U.S. House of Representatives. This critical job-creating legislation faces a tough battle in the House. Please take action to urge your representative to support free trade and an updated framework that recognizes today’s digital economy.

~ Salvatore Carrabba is founder and president of Salamander Designs, a Bloomfield, Conn.-based maker of highly customizable audio-video furniture for home and office.